A Chance to "Pay Forward" After Two Surgergies 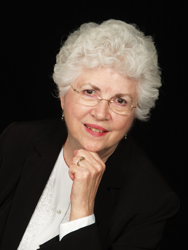 A Chance to "Pay Forward" After Two Surgeries
Clarice Dalton

In 2006, I began having unexplained falls, feeling disoriented, etc. I attributed these to becoming clumsy. My primary care doctor ordered an MRI. Due to a staff error in her office, it was ordered without contrast and the report was negative. The next step was seeing a balance specialist, which resulted in a diagnosis of labyrinthitis, an inflammation of the inner ear or the nerves that connect the inner ear to the brain. Prescription drugs did nothing to change my symptoms.

Months later I woke up with a stuffed-up left ear like I had been up in high altitude or had a bad cold. When this sensation continued, a different ENT ordered another MRI with and without contrast. This time the report showed a 2+ cm vestibular schwannoma (AN). An audiogram done at the same time revealed a 20% hearing loss, but 100% speech discrimination.

Following my diagnosis, I began doing my own research on acoustic neuroma/vestibular schwannoma. A recently-treated AN friend told me about the ANA and the Discussion Forum. I joined ANA a week before my first surgery in 2008 and have been a member ever since. ANA has been a tremendous source of accurate information. Through ANA I have connected with many new friends who know exactly what I am experiencing.

My ENT referred me to Dr. Fukushima at Duke University for an evaluation. Dr. Fukushima compared both MRIs done 15 months apart. He could find no evidence of even a shadow of an AN on the first one. It was determined that I most likely had an aggressively growing tumor. In an attempt to preserve my remaining hearing, the AN was removed via the retrosigmoid approach.

Following surgery, the first time I tried to stand up, I had no idea where I was in space. That, coupled with double vision, resulted in my need to use a walker for a couple of weeks. Several months after surgery, it was determined I had no vestibular function remaining on either side. Working with a professional vestibular therapist, I graduated to a cane and finally to walking without assistance several months later.

My hearing decreased to about 20%, but I retained full speech discrimination. A traditional hearing aid worked well for me.

It was about this time that I began “lurking” on the ANA Discussion Forum, reading other people’s posts. I did not begin posting until a year later. Early on, many of the posts were very negative about a patient’s experience. I found this stressful, so I made the decision to do my best to counter the negativism. Most AN patients need hope and encouragement, not an “all is lost” attitude.

For me, the most troubling aftermath of having an AN is the tinnitus. I never had tinnitus until after my surgery and it has remained to this day. When it is quiet and I am busy doing something, I can successfully ignore it. In noisy environments, it becomes a stressful interference.

Following the first surgery, I had MRIs at six months, one year, two years, and three years. On the first MRI, it was noted to have “enhancement” in the area of surgery. I was told it was most likely scar tissue. At the three-year MRI, it had grown significantly and was no longer considered scar tissue. After being assured the tumor had been removed "in toto," I was disappointed and dismayed that it had regrown.

Through the encouragement of a friend on the ANA Forum, I sent my MRI and audio-gram to Dr. Friedman at the House Clinic in Los Angeles. Dr. Friedman recommended removal via translabyrinthine approach.

I knew translab surgery would result in total deafness on that side, so I chose to have the abutment for my Oticon Medical Ponto implanted at the same time. I had none of the balance issues after this second surgery because my brain had already adjusted. I love my Ponto and for me it was the right decision. I snap the processor on after my shower in the morning and do not think about it again until bedtime.

In 2015, I was asked to become a Moderator on the ANA Discussion Forum. Moderators monitor posts to keep the forum a safe place for AN patients to share stories and information, as well as provide information about ANA resources, and check new users for potential misuse of the forum.

Being an ANA Forum Moderator has given me the wonderful opportunity to both “pay back” and “pay forward” by keeping it a safe place of support for patients and their caregivers.