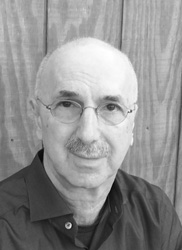 I started hearing the unwelcome swirling and ringing noises in different parts of my head in March 2015, three years after my 2012 acoustic neuroma surgery. My surgeon quickly diagnosed the noises as tinnitus.

But identifying the condition did little to ease my concerns. I felt anxious most of the time, constantly monitoring the noises, hoping they would go away. The anxiety often spread into feelings of free-floating fear. I didn’t know if I would be able to sleep. Brief periods of relative calm quickly backslid into anxiety.

What was I to do? I was told that I should learn to “accept” the tinnitus, but I felt I was provided very little guidance about how to do so. I was further told to avoid the “vicious cycle” of having my anxiety exacerbate the tinnitus. But, in fact, I was stuck in that very cycle.

I initially tried to address the tinnitus the same way I had responded to my acoustic neuroma diagnosis: find the procedure or drug that would remove it from my body. But there is no scientifically validated cure for this invisible condition.

Over time, I reached out to other tinnitus sufferers, professionals, and family members for help, and was successful in learning how to accept the noise. But finding that path to acceptance was a time-consuming struggle, a trial and error process with no short cuts. Here’s what I did:

At the outset, I needed to know exactly what was going on with my body. Was the noise a symptom of another tumor, requiring (please no!) another trip to the operating room? Or, more likely, was it prompted by hearing loss or the acoustic neuroma surgery? At that point, I was operating more on fear than reason, and it was important to eliminate dangerous or sinister causes for the sounds. So, I had an MRI done, which thankfully showed no tumor growth. The noises themselves were medically harmless.

Unfortunately, having the MRI results did little to help me overcome my fears through anxious days and sleepless nights. A good night’s sleep was particularly important, both physically and emotionally, to help me cope with the tinnitus.

I was fortunate to have already consulted with Dr. Eleanor Burlingham, who was both a caring and very knowledgeable psychiatrist. We carefully considered various medications, paying special attention to their potential side effects. We selected Lunesta® which effectively enabled me to sleep through the worst months of the tinnitus, and Remeron®, an anti-anxiety drug.

It was serendipitous that I was completing an eight-week mindfulness-based stress reduction (“mindfulness” or “MBSR”) program just as my tinnitus struck.

Mindfulness uses meditation, yoga and cognitive inquiry as a way to relate skillfully to stress. It prompts you to observe yourself in an accepting, caring, non-judgmental way; you learn to accept, rather than fight, feelings of stress. You also focus on separating facts (for example, “at this moment, I am hearing these loud, unpleasant ringing noises in my head”) from thoughts (“I can’t stand this noise, and I think it’s going to last forever!”). For a more thorough description of mindfulness, please see the website of my teacher, Jon Aaron: www.mindfulnessmeditationnyc.com.

Each day I meditated for twenty minutes, generally focusing on my breathing — inhaling and exhaling. For a while, the tinnitus made that very difficult since the noises were very distracting. But I persisted, and at the suggestion of my MBSR teacher, would at times focus on the tinnitus itself while mediating. Listening to those noises, beginning to accept them for what they were, rather than what I feared they were, was very helpful to me. The meditation practice started to calm me.

One path led to another. At an early mindfulness class, I met Miranda Sacharin, ANA Support Group Leader in New York City. We discussed my tinnitus issues, and she invited me to attend an ANA meeting. I was initially reluctant to attend, concerned that hearing other people’s problems would only add to my own anxiety. But the reality was, I felt overwhelmed by the tinnitus and didn’t know how to address it. So, I put aside my reservations, and attended an ANA meeting.

And I was glad I did. I was reassured to hear how others had responded successfully to their tinnitus. Also, people in the group identified two experts: Dr. Joseph Montano, Ed.D, Chief of Audiology and Speech Language Pathology at New York Presbyterian Hospital/Weill Cornell Medical Center, and Dr. Bruce Hubbard.

I met with both local specialists and continued visiting my psychotherapist. After conducting a hearing test, Dr. Montano recommended a hearing aid, and importantly, suggested that it include a “Zen” audio component (manufactured by Widex). This enabled me to activate the playing of random chime-like atonal tones in the hearing aid.

I used the Zen program when I felt the tinnitus was particularly daunting. In many, though not all, of those situations, listening to those random sounds relaxed me and reduced my anxiety. The physician was also very knowledgeable about tinnitus, and patiently answered a number of my questions.

Dr. Hubbard is a psychologist who relies upon cognitive behavior therapy and mindfulness to treat his patients. He has treated a number of tinnitus sufferers and has suffered from the condition himself.

During our meetings, we would discuss mindfulness as well as the “habituation” process whereby the brain learns to tune out the noises. We would also identify signs of progress, and address the ups and downs of my recovery process.

Dr. Stone had helped me through my 2012 acoustic neuroma surgery, and continued to work with me on my tinnitus-related issues. It was important for me to express my very upsetting feelings and thoughts about the tinnitus. In that way, my psychotherapy, like MBSR, helped me accept those feelings and appreciate their transitory nature. Often, when I felt overwhelmed, she was there to tell me I was “doing really well.” It took a while to understand that she was being accurate as well as supportive: tinnitus often feels overpowering, and sometimes when I felt I was struggling in the dark, I was actually making significant progress in accepting the noises.

I am very fortunate to have a loving and supportive family. My wife Bea was there, in the middle of the day or night, to listen to my latest fears, and help steer me in the right direction. Also, in July, 2015, I travelled with my wife, my two adult children, and their respective partners, for a week vacation by the shore. This was my first post-tinnitus trip, and I embarked on it apprehensively, still weighed down with the noises.

But all the enjoyable time we spent together — the bicycle trips, beach walks, and dining at home or in restaurants, strengthened me. There were solid blocks of time when the tinnitus was merely a distraction, and sometimes barely noticeable at all.

When I returned a week later, I felt for the first time that all my efforts to address the tinnitus were beginning to succeed — it felt possible to accept and live with the noises in my head.

Living with the Noise

I write this article in January 2016, ten months after I first experienced the tinnitus. The noises are, of course, still there and continue to periodically burden me. Some days they are distracting, and occasionally, quite disturbing. But increasingly, the noises in my head feel integrated into my perceptions, feelings and thoughts. I continue my meditation and psychotherapy. Gradually, I am succeeding in accepting the tinnitus.

I appreciate that everyone experiences tinnitus in their own unique way. But, I hope the following observations, based on my personal experiences, will be of help.