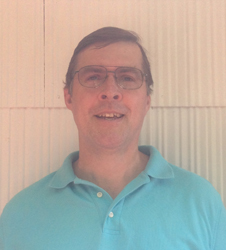 For me, the hardest part of my acoustic neuroma journey was the decision process. To say that I struggled with my decision is an understatement of epic proportions. I overanalyzed to the point where I could not make a decision.

Some days I thought I would never make it through – I was stuck. But I finally did, and also had a great result.

I share this in the hope that others might see it and not make the same mistakes I did. And especially for those who may currently be struggling in their decision process. Have hope!!! There are more good results than bad. You will  probably have a great result too.

I was diagnosed in November 2012 with a 2.7 cm acoustic neuroma. I started out well enough, seeing top doctors in NYC. They all proposed surgery and not radiosurgery. It seemed reassuring to hear them all say generally the same thing. All I had to do was pick one.

I could have moved forward at this point, but the doctors gave very little chance of saving hearing in that ear. I am very stubborn, and this is where the  problems began.

I spent months and many consults looking for hearing preservation, even though it was not realistic. I should add that now I have lost hearing in one ear, it really is not that bad at all. In the scope of acoustic neuroma surgery, it turned out to be a very small consideration, not the large one I made it out to be – lesson learned.

By this time I had done a tremendous amount of research. I had read articles, spoke to patients and doctors, and pored through the website ANA Discussion Forum archives.

I learned that there was more to this than just the 90% chance of good facial result the doctors talked about. Sometimes there are headaches, balance issues, eye problems, or other difficulties. These things do not happen often, but yes they do sometimes happen.

The doctors really did not tell me about these things. The knowledge of these possible complications paralyzed me for a while. This new information did educate me, and it (especially info from the ANA Discussion Forum) moved me toward a choice I otherwise would not have known about.

Then I saw an ANA webinar on radiosurgery. I met the doctor, and he said I was a good candidate. I felt this was in direct opposition to what the other doctors told me. I was highly perplexed, and now really unsure of what to do. I remember hyperventilating as I paced the floor.

I thought I would have to go back to the drawing board again and now consider radiosurgery, after having spent months trying to pick a surgeon. I almost went with radiosurgery, but I stuck with surgery due to the size of my tumor. I learned that most doctors will assess alternatives and make recommendations based on what they do best, and we as patients need to decide which treatment is best for us.

Having re-decided on surgery, I favored the translab approach, based on my research. Problem was, most doctors were recommending retrosigmoid/sub-occipital. I even went outside NYC to Boston and Baltimore. They almost all recommended retrosigmoid. But I wanted translab. Once again, I was stuck. (NOTE: There is nothing wrong with retrosigmoid. My preference for translab was a personal one).

Then I saw a doctor in Los Angeles who seemed to be getting lots of great reviews on the ANA Discussion Forum. I decided to send him my MRI. He was really great to talk to. After a few too many phone calls and emails (he told me I took the cake on questions), I felt comfortable picking him. I finally had my choice. Then I heard he was moving to a different hospital. This was like the rug being pulled out from under my feet. I wanted him, but I also wanted the hospital he was leaving, not the one he was going to, because I did not know anything about it. This made me feel cursed. No matter how hard I tried, something came along to derail me. Again, I was stuck.

After a few weeks of directionless worry, I went back to the drawing board. I found another physician in Los Angeles who was also extremely friendly and patient and that helped me quite a bit. Now I just had to convince my wife, who was afraid of traveling across the country for brain surgery. Who could blame her?

By now I was physically and mentally exhausted. My hearing had also gotten worse, and the ringing in my ears was becoming almost unbearable. I could not taste much, which really made it hard to eat. I had lost an alarming 50 pounds and had trouble sleeping. In my weakened state, I did not have the strength to move the ball forward. Once again, I was stuck.

About that time another event came up that turned out to be the turning point in my struggle. I was already more than six months past initial diagnosis, and my wife convinced me to get a second MRI. What a shock it was to learn that my tumor had grown from 2.7 cm to 3.5 cm in 9 months!!! This type of growth is extremely rare. Usually the growth is much slower, like 1mm-2mm per year.

I realized it was now or never, and this had to be it. I sent my second MRI out to California, but I was pretty much resigned at this point to have it done closer to home. When the doctor in California called me, I had my wife listen in, just mainly to concur that he would be ruled out. He was again so friendly, so matter of factly confident, so reassuring and patient. I knew the questions so well by now, I asked them mechanically, not really paying attention to the answers.

What I did not realize was the effect it was having on my wife. To my utter astonishment, when I hung up the phone she turned to me and said, “We have to go there.” You could have knocked me over with a feather.

In retrospect, and because I did not do this part particularly well, I see how important it is that it must be your choice. Have the strength to make it happen.

We flew to Los Angeles on November 18, 2013, and stayed at the hospital visitors’ center. It was extremely reassuring to meet people who had surgery 5- 6 days earlier, and were already released and doing well.

We flew home two weeks later, and I was back to work six weeks after that. Many thanks to the team there who performed my surgery, using the translab approach. I am doing really, really great – working, biking, swimming, golfing, yardwork, etc. These doctors truly are excellent top notch doctors.

I learned a lot about myself during this life episode. I wouldn’t have guessed how poorly I would handle it at this stage of my life. But that really does not matter now. I can choose to dwell on the bad time I went through. Or I can choose to make it the positive it really is.

I did so much research, and now I get to share it with those who are in the decision phase. I hope it helps those I talk to. And for those who are really struggling, I get to tell them quite honestly, that I know very well what they are going through. I am working to help others now, and that feels really good. Maybe it really was meant to be this way.

To those who right now may be struggling, I say, again – I know how you feel. I struggled terribly. It took me a whole year, but I made it through. You will get through it too. I had a wonderful result, and chances are you probably will, too. God Bless, and see you on the other side.